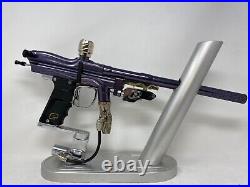 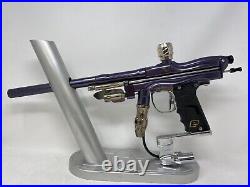 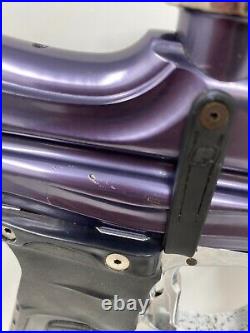 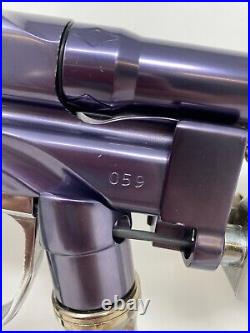 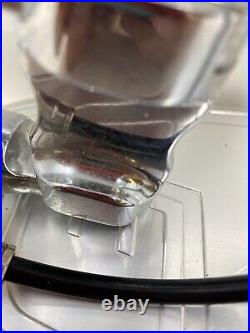 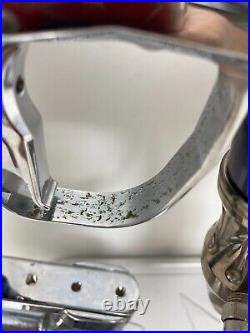 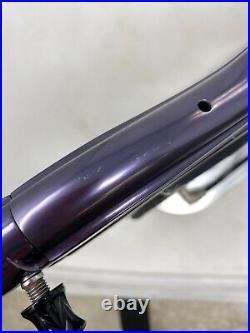 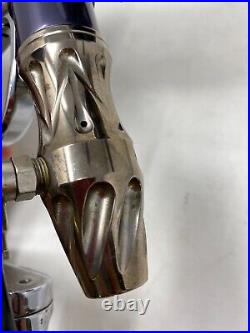 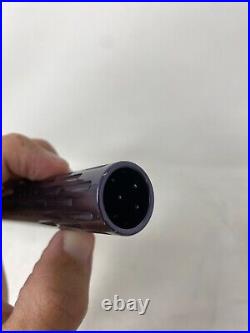 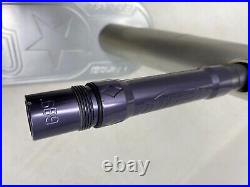 Used WGP Orracle Autococker with Planet Eclipse E2 E-Blade - Polished Pewter. This listing is for a used Orracle Autococker with a factory installed Planet Eclipse E2 E-Blade trigger frame and solenoid with 1.10 software. The marker's serial number is 059, so it's quite rare. This is a can't miss opportunity if you're into Autocockers, rarer paintball guns, or just want a classic marker that you can flex on people with!

Factory Installed E2 E-Blade electronic trigger frame - one of, if not the most sought after Autococker upgrades. 1.10 Board Software - Includes Semi-Auto, Classic, PSP, Millennium, CFOA, and Training modes.

Working eye / vision sensor! 689 bore - The front portion is ON the back, in that classic WGP / Autococker owner way. WGP inline regulator with Black Magic milling. Our Bolt To Barrel Service allows you to shop for used paintball guns with confidence!

We guarantee our on-site, factory certified technician has. Inspected the marker's bolt system to ensure all of its parts are in working order. Inspected the marker's seals and O-rings and replaced any that were worn or damaged. Cleaned the marker's bolt, breech, barrel, and external body to remove excess paint, dirt, debris, etc. Test fired the marker to ensure it cycles properly and reaches field-safe velocities. We typically respond within 24 hours and will do our best to help you out! An original sales receipt, invoice, number, or order number must accompany any and all products you wish to return. At our sole discretion after 30 calendar days, we will offer store credit only. The product shows no additional signs of wear or damage beyond what was stated in its listing description and shown in its listing images. This item is in the category "Sporting Goods\Outdoor Sports\Paintball\Paintball Markers". The seller is "hogansalleypaintball" and is located in this country: US. This item can be shipped to United States.